Cookies help us deliver our services. By using our services, you agree to our use of cookies. Learn more

Join in the anniversary celebrations for the legendary Elder Scrolls V: Skyrim with this historic launch Get all 500+ previously released Creation Club creations, along with 4 brand new creations!

This coming November, revisit a modern classic with the release of the most definitive version of Skyrim to date: The Elder Scrolls V: Skyrim Anniversary Edition. The Anniversary Edition includes Skyrim Special Edition and 74 creations, all 48 currently available and 26 to be released. These showcase over 500+ individual elements such as quests, items, armor, houses, etc.

After ten years, we can say with certainty that Skyrim’s fans are what make the game shine and its anniversary worth celebrating. From displaying fan-made artwork to a special concert performance, there’s plenty of festivities for the community to take part in!

Skyrim Anniversary Edition is available on Steam, PS4 and Xbox One. However, as part of the anniversary celebrations, Bethesda are also offering a copy of The Elder Scrolls V: Skyrim Special Edition to SteamVR players! To request the Special Edition for SteamVR, select the "Other" platform when requesting the game.

A true, full-length open-world game for VR has arrived from award-winning developers, Bethesda Game Studios. Skyrim VR reimagines the complete epic fantasy masterpiece with an unparalleled sense of scale, depth, and immersion. From battling ancient dragons to exploring rugged mountains and more, Skyrim VR brings to life a complete open world for you to experience any way you choose. Skyrim VR includes the critically-acclaimed core game and official add-ons – Dawnguard, Hearthfire, and Dragonborn. Skyrim VR is available now to request for SteamVR on PC.

Regions in the campaign:

Why it's great to cover:

To participate in the biggest celebration of Skyrim to date: the 10 year anniversary! This
launch is a celebration of all Skyrim content to date, but especially the incredible community
that has played and made Skyrim what it is today.

All missions and branches: 108 hours

Skyrim is an expansive game that offers countless hours of exploration and progression, but has an integrated tutorial so anyone can jump in and start having fun from minute-one.

Interface and Subtitles only:

All music is permitted for live streaming and VOD

Winner of more than 200 Game of the Year Awards, The Elder Scrolls V: Skyrim celebrates 10 years of adventuring in stunning detail. The Anniversary Edition includes a decade worth of content: the critically acclaimed core game and add-ons of Skyrim Special Edition, plus pre-existing and new content from Creation Club including quests, dungeons, bosses, weapons, spells, and more.

BECOME PART OF THE CELEBRATION WITH THE SKYRIM MUSEUM

The Skyrim community has made a name for itself with the passion and creativity they bring, from incredible fan art to bringing characters to life through cosplay. The Skyrim Museum is where we pay tribute to these amazing works, submitted directly from you, the fans! Submit your own creation today.

SAVE THE DATE FOR SKYRIM IN CONCERT

Experience a once-in-a-lifetime musical event as the London Symphony Orchestra and London Voices Choir takes us through the sounds of Skyrim at the historical Alexandra Palace Theatre. Tune in November 11 at 2PM EST on the official Bethesda YouTube or Twitch channel and take in a tribute to the many anthems, ambient soundscapes and memorable tunes of Skyrim as we celebrate those who’ve made the game what it is today: the players. 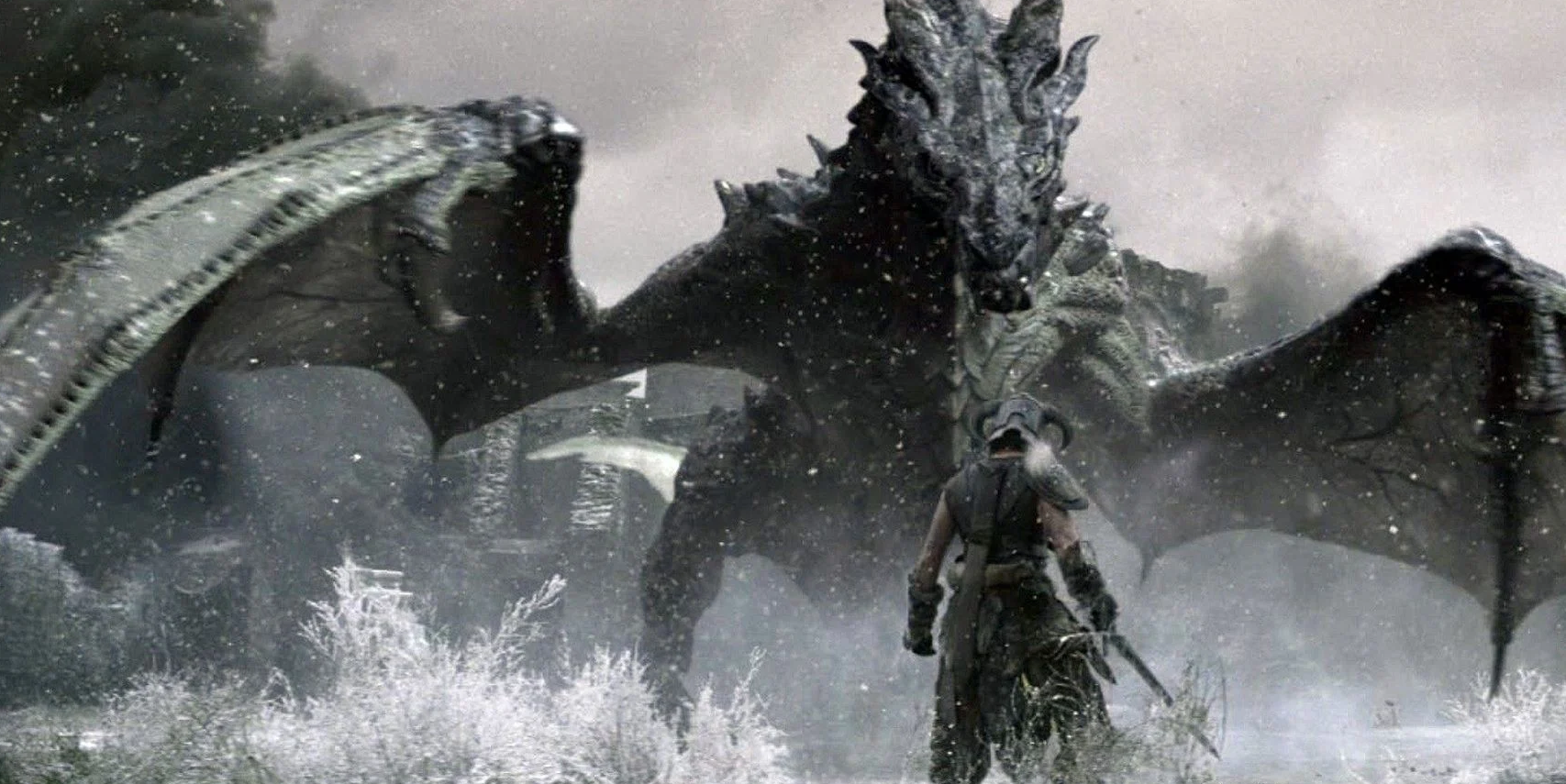 The Anniversary Edition and Upgrade includes all 500+ unique pieces of content from Creation Club, including quests, dungeons, bosses, weapons, spells, and more. New creation mods with this edition include Fishing, Survival Mode, and the Saints and Seducers Quest. The Upgrade allows you to play in 4K and 60 FPS. With Creations, there is a lot more to discover.

With this official add-on for The Elder Scrolls V: Skyrim, journey off the coast of Morrowind, to the island of Solstheim. Encounter new towns, dungeons, and quests, as you traverse the ash wastes and glacial valleys of this new land. Become more powerful with shouts that bend the will of your enemies and even tame dragons. Your fate, and the fate of Solstheim, hangs in the balance as you face off against your deadliest adversary – the first Dragonborn.

The Vampire Lord Harkon has returned to power. By using the Elder Scrolls, he seeks to do the unthinkable - to end the sun itself. Will you join the ancient order of the Dawnguard and stop him? Or will you become a Vampire Lord? In Dawnguard, the ultimate choice will be yours.

With this official add-on to The Elder Scrolls V: Skyrim, you can purchase land and build your own home from the ground up - from a simple one-room cottage to a sprawling compound complete with an armoury, alchemy laboratory, stable, garden, and more. Use all-new tools like the drafting table and carpenter’s workbench to transform quarried stone, clay, and sawn logs into structures and furnishings. Even transform your house into a home by adopting children.

The game is available now.

Will you create coverage?

Publishers consider your response and coverage history when offering games for review.

You need to confirm your email address before you can request keys. Just click the confirmation link in the email you received when you registered with Keymailer.

If you've lost the confirmation email you can request a new one here.

Some text from the platform here

No Thanks OK
If we have terms and conditions, they go here.